Love,
An emotion
to the loveless
that I wasted my life in giving,
I shall thou not fall, rise
to stay in love with myself
yet no one take me for where I reached
but failed to win.. the loveless

A wasted emotion and.. thou I shall still live
with or without
An emotion
Love!!

Till eternity, you would feel that being emotional is sometimes the same as being treated weak or a reason enough for people to find that this shell defies the logic of happiness or generates more happiness. A lot of this depends on your upbringing in its own. Being ignorant, for not being able to open up for your feelings, to be shut down to express yourself, is a killer in its ownself, sometimes pushing hard to make you choose wrong decisions, sometimes these decisions go down the chain till you realize, in all of this – you, yourself was in the driving seat but you were either too deep on a different level to see and understand your surroundings that the rollercoaster of life just took you through the high and low of it. You feel nothing till something jerks and makes you feel so weak, that next downslide will be not easy, or the grind back up to the top, it is rough.

One after the another, the only major challenge that stands is the “time” that you lose between each of this loop that completes one circle of high and low. Life never stays the same but this hard given factor is, you lose more than you have gained and this Rollercoaster takes the shape of flat line until the next hoop of excitement starts.

This life is just a “Rollercoaster” we succumb to our own selves to realize people are just people, they have a tendency sometimes to make us feel in this rollercoaster, pulling us up and down but in the end, they are just the passengers we allowed them to sit next to us.
Some take more, way more, the time, the feelings and some take less, but each wrong person siting next to you is your own fault because you allowed them to be next to you but then if you blocked them in the first instance, you wouldn’t have known if they would have been enough to accept your company in the first high or low because they just joined you for a ride.

Sometimes, it is how everything goes – You at the end of it all, are responsible, not the other one. They have a right to their own feelings, which sometimes are only till the first hump of this ride or little more or … you have to feel it yourself. Our modern day life and its enigma is people tend to feel bored too soon, as soon as the flat line develops in this ride, they have tendencies to not accept you as the person they liked in first instance to pick the seat with you but then, they got used to you to let you know, that the colors of yours are not same as they expected… Circle of entanglements, separations, distances, emotions, they all fade away in no time but this ride is never same – sometimes it is just you letting them sit next to you and at other times, they welcoming someone else, for who knows what the future holds!!

And then there it was, as I went along and found but soon to be lost as the next wave of cold and the wind follows.. blowing the snow in the face as if it is the white candy floss in the miniscules hitting me. 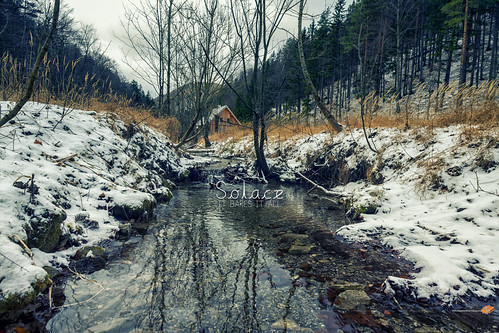 Timelapse of the full moon over the city of Vienna, Austria.
IG: ridingfreebird

Yes, the year that was in a way not the year I would have liked it to be. It is gone and it is over.

Almost that time of the year when it’s time to look back and ponder. Things really moved and indeed made a whole lot of difference. Bringing it all back I guess this is where another year ends. It’s been a year of learning. Learning to understand the people, the games they play and how they make you feel. It’s something too late to understand but better now then never.
Few lessons to myself:
Rule #1 -You can’t make friends where you work. They are your mates who watch out your weaknesses to step on you so they can move ahead. You have colleagues who you can call friends till the point you are going for drinks after work, the team dinners and anything which includes socialising from the point of corporate socialising. Anything beyond is your foolishness to be aware of your environment. When you get told make friends, it has a sweet meaning – get your job done and move off. Just as you would in terms – make friends.
Rule #2 – Don’t bother to be in this Rat Race. The point well concluded of the first point this is a rat race. If you’re happy to be who you are you will sooner or later realise you have killed a part of yourself to be a rat in this race. This world is a one created to be watched played and executed to the needs of the greedy executioners who have the power of replacing, removing or multiplying you. The end result is a bigger understanding of how it all works. It’s like a game of chess but more so you can call it Politics of playful.
Rule #3 – Don’t kill yourself – You will understand that all those around you who appears, talk and openly say a lot more about being friends are more or less just interested in your strengths and weaknesses to be able to step on you. You start to generate this stress inside you to understand what is going around you. You start a battle which will kill you. Stop fighting and be who you are. You may not be that best for other expectations but hey you know it inside you. Work on yourself for yourself others will always be insistent on what they expect from you. Stop looking, listening and idolising others. Be your own best to be who you are. Lock this in every scenario of life.

Rule #4 – Acceptance- your life depends on it. Your whole attitude of living will work around this logic.