For travelers, Paris is just another historic exotic city that has its own charm attached to it. It for no matter should not be confused with anything else you see or come across in other cities. Life is vivid all across from architecture, history, colours and people that make this city. Lot of changes in the last century has changed the way this place actually must have been one time. For a minute – let’s give it a polished note before I write more about it in further details. 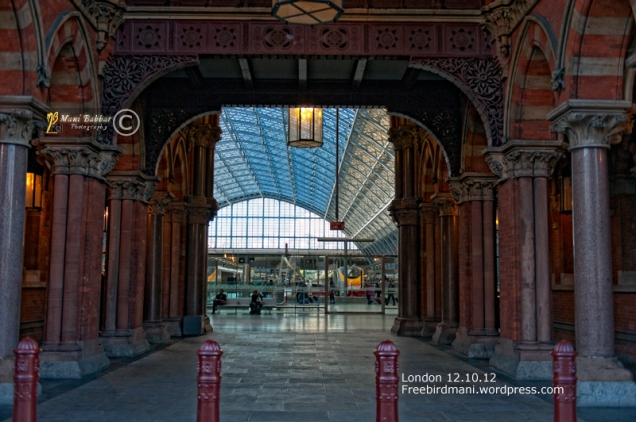 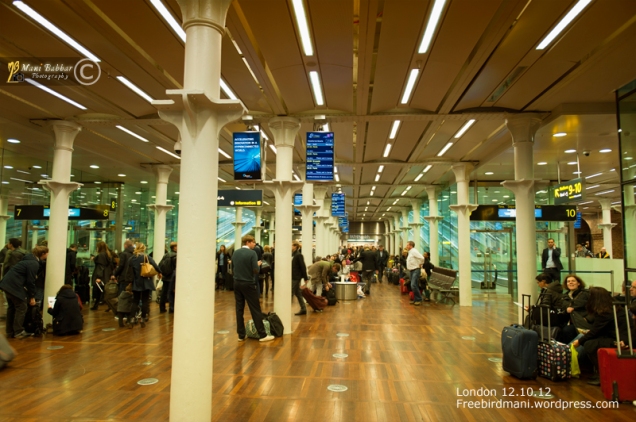 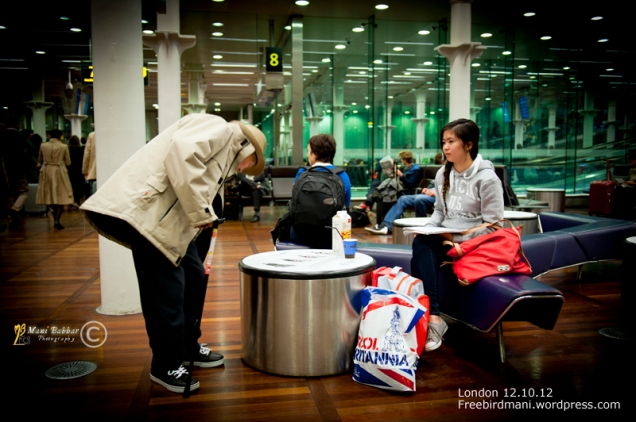 There are things which do not tell what else this city has which I shall also not tell but should offer enough for you all to figure it out yourself. My journey was smooth and to say it this way that Eurostar operates on precise minute to minute service in terms of both arrivals and departures so do not expect anything less than a great service from Eurostar. Nothing on this front to offer besides you may get a good neighbor or a couple sitting opposite your seat who will either be indulged in their phone screens or two hours of cuddle sessions to keep you either shy or totally entertained – the choice is yours to make. I had a reason to choose the middle seat with the table so I can play a movie to keep myself engaged. Found that I had a boring selection of the movie with Scarlett Johansson playing in Girl with a Pearl Earring

Almost with darkness surrounding there was nothing to view out of the window. Getting off at Gare Du Nord, Paris was quite rush like everyone trying to leave and run away but why not – it is  Friday evening. Everyone had a reason as the train seem to be full with usual weekly commuters doing London – Paris regular weekly routine dressed in their business casuals. I had to take a RER E (Pink – girly line) to get into Zone5 where I was to spend my next few days(/nights).  Gare du Nord had a old classic look which somewhere reminds me of the renaissance roof from Frankfurt railway station. A bit of modern extension but still quite classic in its own way. I managed to get my ticket for RER on the counter after a long queue where some Japanese students had a bulk tickets to buy. The guy on the counter understood my english quite clearly and without any delays I was on my way to find RER E line. For my dismal shock it smelled like a smell of piss as soon as I crossed some of these blocks and alleys going down to the platform 53. I couldn’t believe for my sake that it can be anywhere like this outside India and somewhere in Europe – that too it in a capital city of France. Well, that was my first shock to be surprised with – how can Paris especially Gare du Nord be so stinky and carelessly un-kept. Anyways, it was the first time in Paris via train so I was bit in a surprise. Last time I visited Paris was on  a motorcycle so it does appear to be a shock. Getting down to the Magenta station where I can take the Pink line the train was in general words quite the same I would come across in England. Not much of a difference except it was the first time on a double decker train which is not so common or rather I have not at all seen in UK at all.

Interesting enough it is Friday evening and the city seems so quiet and all dull. Am I sure this is still Paris or am I just too lost in this illusion of comparison or expectations. Ignore my words if you cannot take the criticism but this is how it all is – may be you should read Lonely Planet guide for polished words. Train was largely empty at 2100hrs more like a ghost train running from Paris. I reached Émerainville – Pontault-Combault and just another two minutes walk from there I was in friend’s house.

Size-wise Paris is a bigger geography compared to that of London and its english counterparts. I let the rest of the evening watching TV and being a couch potato with my friend’s daughter. Kids really get me to nerves especially when all they wanna tell me is – “Patoush” – A word that went down my vocabulary list quiet well which means “Don’t Touch”.  Kids needs a lot of energy to deal with – one is 3 and the other one 6 – so both gave me hard time but it was fun besides there was another third one who was a part of the house crash party. Three kids and one soul to handle the hassles of three children. I am sure parenting would be a challenge when it happens but I hope that it would be in a language where I can deal better.

I was well sure I am going to be a bed crasher this night and will not be willing to wake up anytime soon. Beside the next morning it is one of the girl’s birthday so there was a certain feeling of happy birthday around this home. kids and Birthdays are I suppose the biggest thing for them in the year so.. a lot of Balloons filling and decoration and helping them set it up for the big thing. I am always at home when it comes celebrating with kids – just become one of them and forget the age of how time has made me grow older – time never stops. 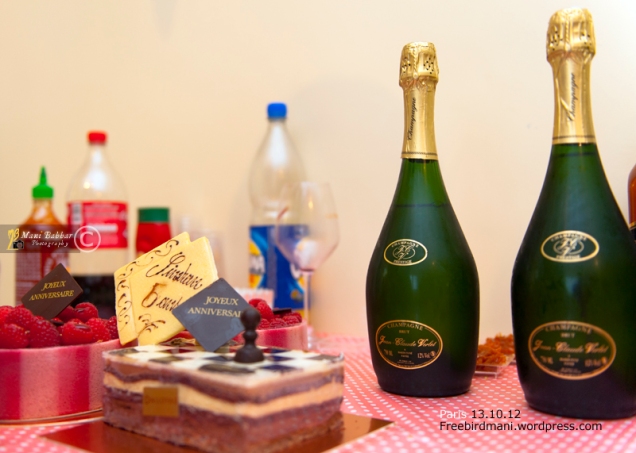 Going back to my trip, the weather is really horrible. Heavy rain and it feels drastically chilly for this time. I had no mood stepping out but to wait till this rain would eventually settle down – would it settle or would it not – I think it possibly will not but I should still step out. For most of the way I would be in train (RER),  and Metro so it should be just about fine.

I decided I wanted the Louvre in this weather. Rain had settled down but not completely stopped. From Gare du Nord, I hopped onto Metro to get off at Palais Royal – Musee de Louvre. As the name suggest Louvre – it was good to point me in my direction. Metro has a very well connected like a web network across most of the major cities in the world. Stepping out at the Palais Royal – it lands you into this shopping mall where you see the inverse Louvre with the hanging base tip of it and people just do not want to leave it 🙂 something quite interesting for tourists to be at this spot. 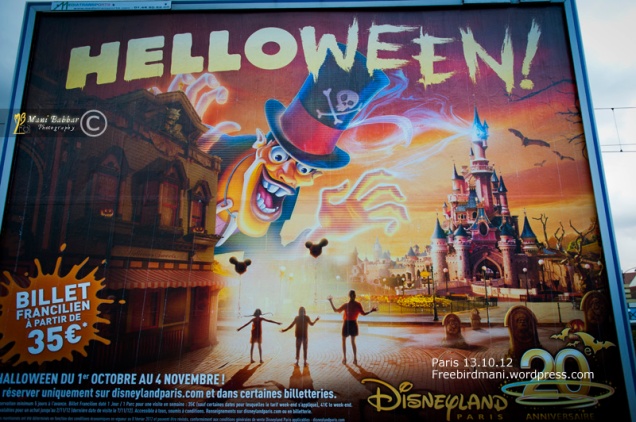 A bit further as my excitement to shoot the louvre was getting a bit bigger. I step out to find myself on the right side of the mini Arc de Triomphe du Carrousel. Splendid views with Eiffel in a distance and a mild drizzle. At first I would think – oh come one, it is just a drizzle then I forgot it all very soon as I started to indulge myself in the pictures and made the rain soon a thing of the past. Wooh – rain is not a big pain 🙂 I have a weather sealed kit – what for – abuse it. Yeah so  here for your eye candy some of the louvre shots. I really feel sorry for people who think photography is everyman cuppa tea but how can you use a flash for something like louvre from 80mtrs away. I think I need to share some more on that account but on the next blog post may be.

& here comes my master piece of a picture.
I call it real emotions – for some it is just a shot but for those who have eyes will look into the details of this makes it to my faves of the shots. This shot has what it calls for – emotions, love, solitude, music, expressions, hugs, kisses and above all the views from beyond inside but even outside. 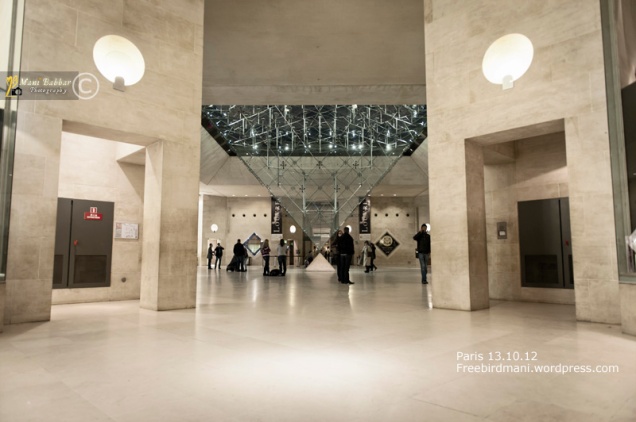 Finally.. all that I was waiting for !