True that, it is not that I don’t give up but it is just the case that habits don’t leave me. The process of growing up happens in increments along that comes the time when the brain is surrounded by the elements of distraction and attraction. The older we grow the more subtle we come in terms of who we are and what we want to be.

Life becomes a routine of non-stop changes that always influence us to learn something new and subtract something from this equation of our daily routines. One such thing that happens to me each time that makes me feel low on myself is the emotions of not being able to fight back when it comes to replying back. The insecurities from the world around me always force me to be at ease with being relaxed to my surroundings. Being harsh to the people or rather the ones that I spend most of my during the day where I work, it simply feels not right and kind of perfect exposure. Something many of us definitely may not agree with this but it’s my own pure expression of how it works with me. Going back to the title that “Old Habit, Die Hard” – I simply wish to overcome this phase of being gentle to the people where they just feel like the boss, when they are not and not understanding that they have been in the shoes of their own mistakes but appreciating an acceptance is hard for those people.

As a child something I was told to be respectable to others while they are the member of your family, friends and strangers. Was that something wrong to grow up with. Something that I would not want to pass on to the next generation. There are too many questions that come to my mind whether it was all in my upbringing that I was not brought up with the wild face of life or is it just that these logics don’t work in the world where I live in now than from the world I grew up in.  Habitats are definitely a huge influence on our habitats. To the same effect it is fairly visible all across different phases of our lives the habits that we grew up on and how they influence our present lives.

Do I want to change myself of being gentle to others in terms of how they are, In fact I do but I am always pushed back to my old habits of not being ludicrous and over killing my character. Heck, wait on – I just realised of my ex-gf(Not that I want to pick up on her but as an individual) she being not appreciative about the fact that she gets everything she wants and not able to thank in return. In return what I was to get is the impatient behaviour of her allowing her to push me over my limits of calm and subtle behaviour leading me to give her up completely. I was pushed from her because she simply was more aggressive to the fact that I am not aggressive. Same shit another day another place, it goes on. Each time I turn to myself thinking that it needs to be changed the old force gets over the new slowly without even me being aware of it. Self-changes to the character are the hardest to makes when the world surrounding us is ever in changing dimensions of good, bad & ugly. More or less call it – Fuck mate, not again. Have you ever been challenged by things thoughts or emotions with which you feel the same !! Have you won this battle between yourself and the changes of your mind? Did you ever think of killing your old Habits and really killed them. 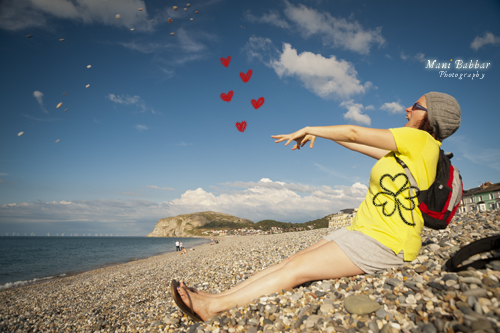